This few days Qing tend to use "I Don't Know" very often.

Whenever, whatever I ask her a question, she will answer me 'I don't know, mummy'.

For example, this afternoon we went to Japan Home Centre again, I was carrying her walking around..... then I saw this some kind like a hanger for cloth, so I ask Qing 'what is this?' (trying to be Qing, as she always like to ask me 'what is this, what is this?').  Without thinking, Qing answer me directly 'I DON'T KNOW, MUMMY'

Is Qing smarter then me or I am more complicated?????

I noticed that Qing is very lazy to look for anything that she want, she will always said 'Mummy, I don't know, I don't know where, mummy find!!!' 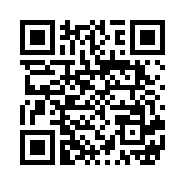