Mom recevied two calls from Hong Kong today, it was from Ming and Aunt Cecilia.  Ming called to let us know that his mom, who is my aunt passed away on the last Tuesday

.  Aunt Cecilia called to invite mom to her 30th Years Wedding Anniversary Dinner on this 18th

.  WoW!! What a great conflict, like what Chinese said, "Black and White came together".

At first mom said as we are going to Japan next month, she might not want make this trip.  But Aunt Cecilia said she got to be fair to her, because mom went to Aunt Josephine's Anniversary Dinner. Hahaha, so mom got no choice, but to fly to Hong Kong for 5 days loh.

Don't know can say it lucky or not, the Anniversary Dinner and the Funeral fall on 18th's night and 19th morning, aiiiiiiiii..... what a co-incident.

Whatever is it, that mean I have to take care QingQing along for 5 days loh.......

Oh, let me check on the net see got what new things can get from HongKong, at least there are some present from HongKong by mom lah!!! 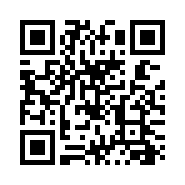